Gnocchi (pronounced ‘ɲɔkki ) means dumplings in Italian (gnocchi is the plural of gnocco, which literally means ‘lump’) – made of potato and flour (there are different variations) that Pierre and some of my friends love so much. It’s amazing how many food in common my friends have with my better half. It’s just so weird at times 🙂. Now, here’s how our gnocchi adventure started:

A few days ago, while I was chatting with my friends on-line, I got a message from Pierre with a link to an article from Le Monde newspaper. I did a quick read through without really noting anything special about it. After a long silence from my part, Pierre asked me from his desk excitedly : Did you read the article I sent you ? to which I answered Yeah, so ? and he was going Well ? …me : hmm… not bad. At this point, he was getting a bit exasperated at my air nonchalant. Him: Isn’t it cool that she made gnocchi herself ? with that hopeful look in his eyes. I was about to say hmm, yeah. So ? again when it finally hit me. Oh you mean you want me to make these gnocchi ? … now tell me, how can I say “no” to that “excited wishful puppy” look. 😁 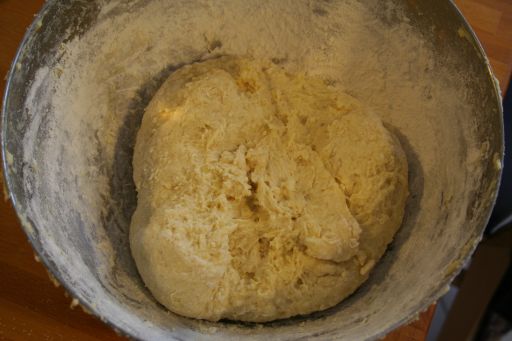 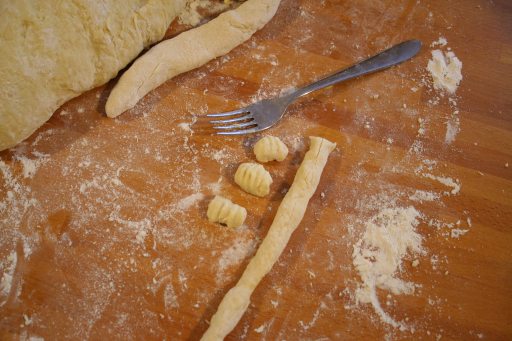 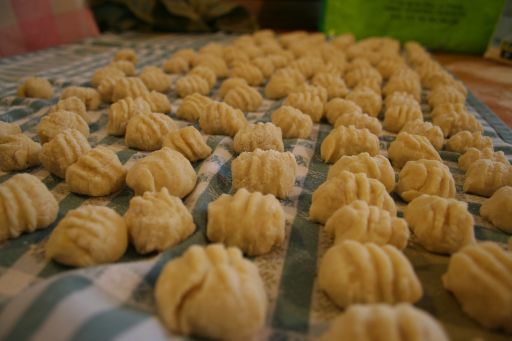 Wow! It’s a million times better than the prepackaged ones. Everybody loves it, even my picky 1 year old baby. It’s soft and taste like thick pasta with a slight potato flavour. It is not chewy like those industrial ones from the supermarket. I personally love it – I wasn’t a fan before but now I’m converted (and I’m not saying this because it’s me who made it !) Pierre and our guests had theirs with the Gorgonzola cheese sauce while I had mine with crème fraîche mixed with a bit of butter (not a fan of blue cheese).

Regarding the preparation itself, I made them using fresh potatoes because I didn’t understand what it means by “Vieilles pommes de terre”. I thought it was some special type of potatoes. I just didn’t make the connection between “vieille” and “old” in English. (I know, I know… silly me, go ahead and have a good laugh – I don’t know where was my brain that day). Next I over mashed the potato in my enthusiasm that it became a puree. And I should have worked the dough on a work surface instead of a big bowl. In the end, I had to use almost 500 g of flour to get a nice dough – over twice what the recipe said.

By the way, rolling the gnocchi on the fork to get the shell-like shape takes some practice but you will get the hook of it pretty fast. Or you can just simply imprint your gnocchi with your fork or thumb.

I’m so glad that with all the silly mistakes that I made, they still turned out great 🙂. That made my day!

Don’t drain gnocchi in a colander as you would do with pasta. Gnocchi are very soft and may be damaged.

It is preferably that you use old potatoes which have higher starch content than fresh potatoes and avoid my mistake.

The classic accompaniments of gnocchi are tomato sauce, brown butter or sage sauce, or melted butter and cheese. 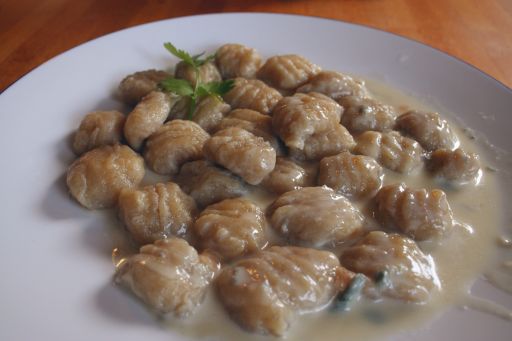