This is a week of strikes – tonight the train is on strike and tomorrow it’s the EDF (Electricity) and Paris public transport. Talking about strike, some students of Nantes University are on their 2nd week of strike as well to protest against an education reform. How can students be on strike? That’s something that puzzles most foreigners who arrive here, me included. You don’t need to go as far as Japan to get “Lost In Translation”.

All these strikes bring me to another topic: coconut is my least favourite fruit! (OK, so there’s actually no connection whatsoever, but bear with me). I don’t like coconut cookies, ice cream or cakes but I love coconut gravies, like curry. Strange isn’t it? 🙂 So why did I make a coconut tart then? Well, one day the cafeteria ran out of sandwiches and all they had were tarts: lemon, chocolate and coconut. I don’t like anything that is sourish nor too chocolaty so that left me the coconut tart – no other choice – needed to feed my growling stomach. I was very surprised at how delicious it was. Since then I have been itching to make a coconut tart like the one I have tasted. 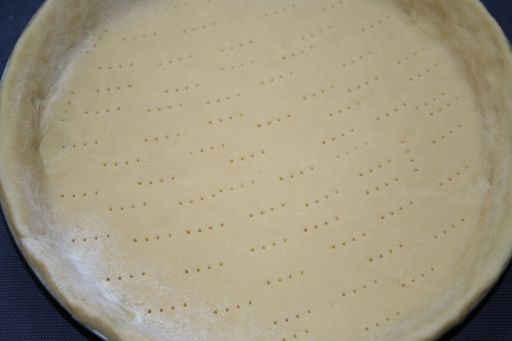 I was actually expecting a semi-dry filling, but got surprised to get it moist and creamy, almost like a custard. It’s delicious though – I ended up covering the tart with a layer of melted chocolate (one side with black chocolate, the other side with milk-chocolate). The combination of coconut and chocolate was really nice – and reminiscent of the Bounty chocolate bar. 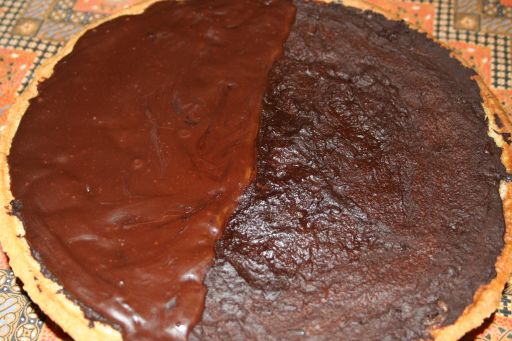