Cauliflower Gratin (Gratin de Chou-fleur) is one of the classic French gratin dish – a casual dish in every French family. It’s another great way to eat this veggie besides eating it simply boiled, fried, steamed or even raw.

Cauliflower has very high nutritional density: obviously low in fat, it’s also high in dietary fiber and an excellent source of vitamin B5, B6, C and folate. It also contains sulforaphane, which has anti-cancer properties. So to make it short, it’s supposed to be healthier than fries and you should eat some. There, I said it! 😛

How to Select and Store

Season: December to March. Look for clean, creamy white and compact curd, while avoiding spotted or dull-coloured ones or those that have small flowers on them. Uncooked cauliflower can be stored up to a week if kept in a paper or plastic bag, preferably upside down to get any moisture out of it.

This recipe is also an entry for this week’s Weekend Herb Blogging, hosted by The Expatriate’s Kitchen.

To prepare the Béchamel sauce 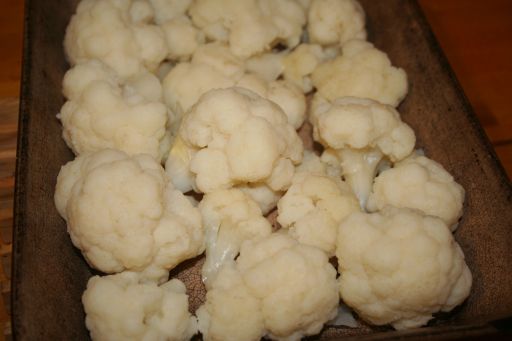 I’m a big fan of cauliflower, I love the naturally sweet, milky and slightly nutty flavor of the plant. Combine this with the béchamel sauce and grilled cheesy top and you get some extra ‘oomph’ that will encourage children (or adults who aren’t keen on eating vegetables) to give it a go. My picky 1 year old loves it very much.

For an additional crunch, sprinkle some bread crumbs on top of the grated cheese before baking it in the oven.

Heat up the leftover in the oven at 180°C for about 10 minutes. I usually do it the lazy way – just pop it in the microwave oven.😛 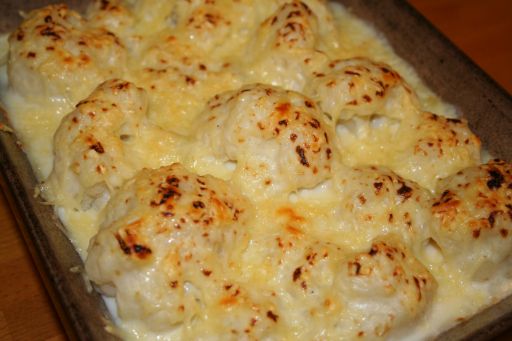