I’ve been wanting to bake an apple pie with almond fillings for some time, but I couldn’t find an apple pie recipe that would fit the bill in any of my books. So I decided to be a bit creative and modify an existing almond pie recipe. I started from a Bakewell tart, which combines an almond filling over a layer of jam. I replaced the jam with slices of apples instead and prayed for the thing to turn right.

What got me motivated to make the pie today was this month’s Weekend Cookbook Challenge 19 – Dinner and a DVD. You have to cook something to match one of your favourite movies. In this case guess which one goes with the apple pie… ? Yup, the famous teen comedy American Pie, where the poor and innocent pie suffered a humiliating fate. While my recipe is far from the classical apple pie, I hope it’ll satisfy all the apple-pie lovers out there… but it’s probably better enjoyed eaten 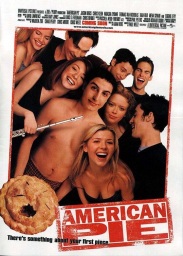 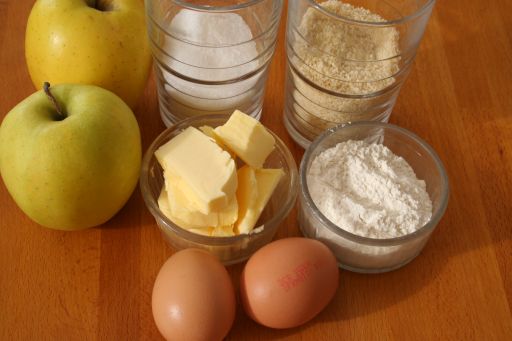 It turned out surprisingly good. While it’s a bit short of sugar for Pierre, it was most appreciated by the rest of the family. The texture is moist and soft, and has a nice almond flavor which fits very well with the apples.

In my hurry to get the pie ready for dinner, I forgot to sprinkle a bit of cinnamon on top of the apples as I had originally planned. And I would put more layer of apple slices (if thinly sliced) on the bottom and thicker slices on top. 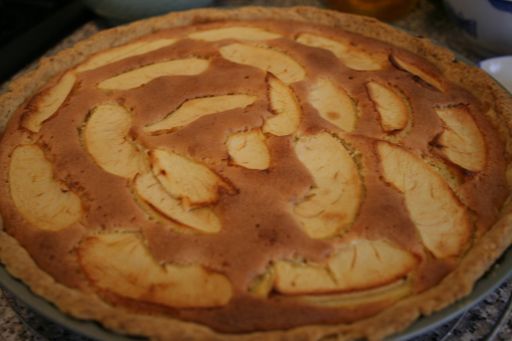 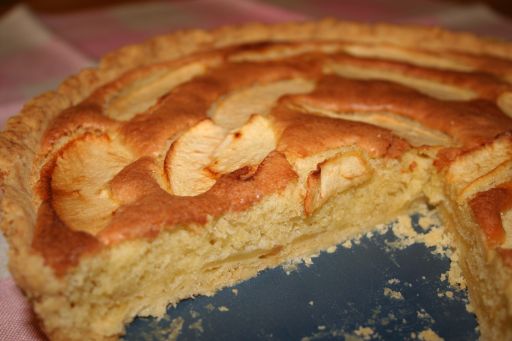