A few days ago, Michèle, my mother-in-law found herself with a litre of fresh cow’s milk still sitting in the fridge untouched. She needed to use this litre up fast as she had another 2 litre bottles of fresh one waiting for her at the nearby farm. We had the option to do the usual delicious rice pudding (riz au lait) or Caramel Custard (œufs au lait) or Microwave Semolina Milk Pudding. In the end, we decided to try a new dessert called Far Forn or Far Aux Pruneaux – a very popular and traditional dessert from Brittany, France.

Far means Flour in Breton. Far Breton or Breton Far, a recipe originated from Brittany, is widely appreciated by the young and old in France. It exists in different varieties according to the particular localities and families, however the most famous of them all is Far Aux Pruneaux or Prunes Far. It is a flan based on eggs and milk, like a dense pudding similar to a Clafoutis. The original “Farz Fourn” (oven baked far, in Breton) recipe dates back to the 18th century, was a savoury flan made with buckwheat flour or wheat flour cooked in the oven, served with traditional French meat dishes. Over the years, the traditional Far evolves into a sweet flan and remains one of the best loved family dessert in France.

I’m pleased to contribute this recipe to this month’s Sugar High Friday’s theme “The Test of Time – Desserts over a century old” host by In My Box. 🙂 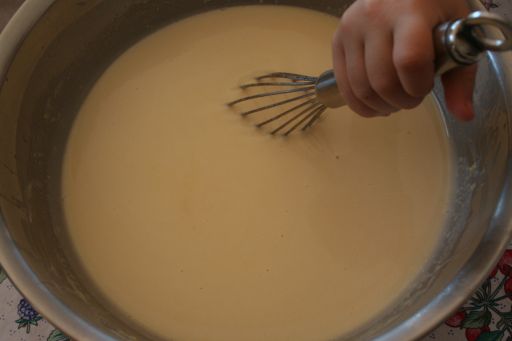 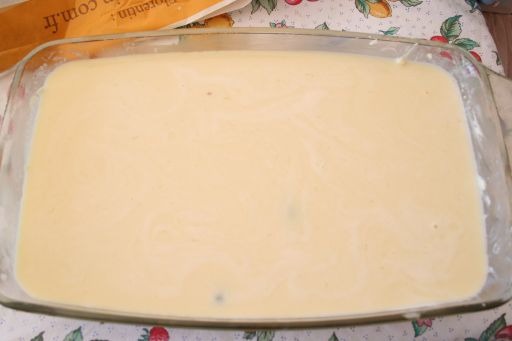 Delicious… This recipe is just the way it’s supposed to be: solid and compact like the ones you buy at the bakery, with the right balance of vanilla and dried prunes. It’s pretty filling, the way this classic is meant to be. I like my Far cold. 🙂

If you find yourself out of vanilla essence, it’s ok. The flan still tastes about as good and as fragrant without it.

If you aren’t a fan of dried prunes nor raisins, you can try adding some other dried or fresh fruits… or just make a plain Far – still taste as delicious simple and plain. 🙂 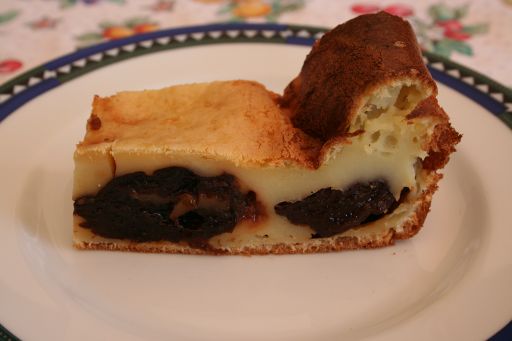