It’s funny how I have thought for years that lasagne were difficult and complicated to make – I mean, looking at the multiple layers of pasta and tomato sauce oozing out with the crispy cheese on top etc. I thought only chef could whip that up… definitely not for the layman I used to be.

Now you would have thought that since I have now done quite a few dishes, making lasagne would be child’s play for me… well, a few days ago I was still thinking that making lasagne was really complicated and beyond my cooking capability 😛. Why in the world do I still think that way, I have no idea. It’s strange, isn’t it. However after making these lasagne the other night, I realised that sometimes something that may look complicated sometime isn’t. You should have seen my jaw dropped on the floor when I was preparing them – it is really is child’s play: a layer of this and a layer of that, repeat it a few times and top it with grated cheese. Et voilà !

For this post, I really have Pierre and Michèle to thank for. Why ? If not for him thinking of his mom’s lasagne and requesting for it, I wouldn’t have overcome my cooking shyness. And thank you Michèle for sharing your recipe with us. 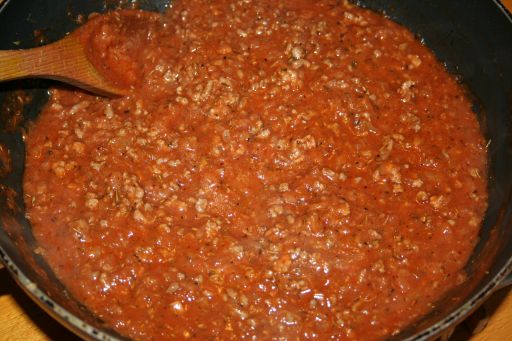 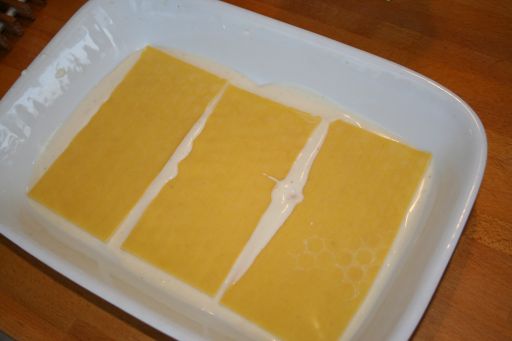 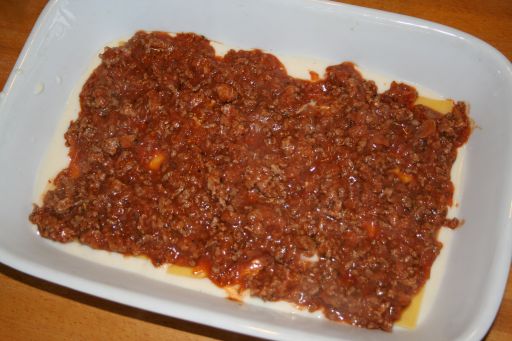 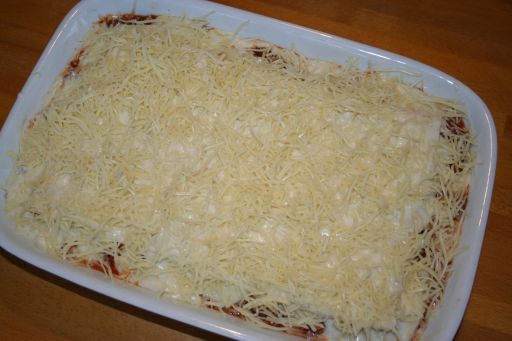 The flavour of meat sauce and béchamel blend so nicely together giving these lasagne a rich and creamy taste that makes you long for the next bite, just to get more of the flavour. It is so good that you can easily over-indulge yourself. So be warned! The texture is a bit rich because I put a lot of béchamel sauce, you might want to put a little bit less of it if you like your lasagne to feel less creamy.

This is a great dish to prepare in several quantity and freeze it to be baked later whenever you wish.

BTW: In the US, this dish is commonly known as ‘lasagna’ (singular) while the rest of the world refer it as ‘lasagne’ (plural).