This is another French recipe from my mother-in-law, Michèle. This big potato pie is rather delicious, and as often in this case, not the best thing for your diet ! It goes well as a side with some meat, but we also like to eat it as a main course (with salad) since you are unlikely to end up hungry after downing a portion.😉 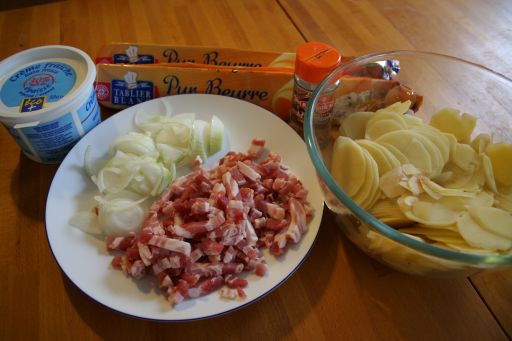 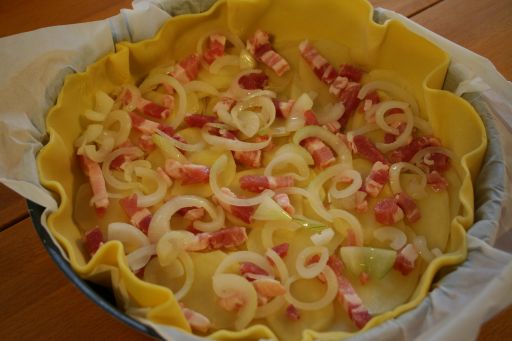 Well my first attempt at it turned out to be a masterpiece, although a bit by accident: I added a bit more bacon then normal (the “official” recipe use only 150 g) to finish a box, and the potatoes were well cooked to the point of melting in your mouth. With the cream, the result is a very delicious (and rich) texture, smooth in the mouth and with that tasty smoky bacon flavour. Yummy ! The crunchy crust around makes the whole experience even better. This is definitely one of Pierre’s favorite recipe as well.🙂

Some variants skip the bacon but use a lot of parsley to enhance the flavor. We are not a big fan of parsley but if that’s your thing, you might like to have a go at it. 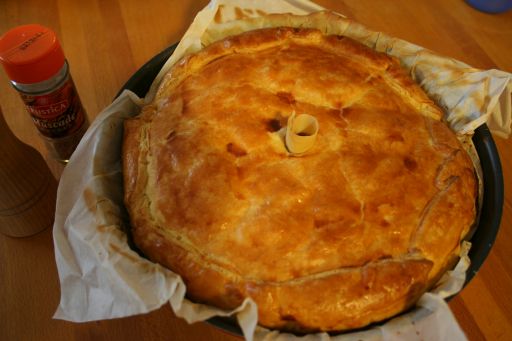 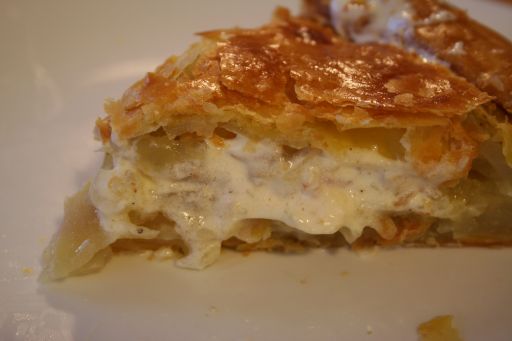